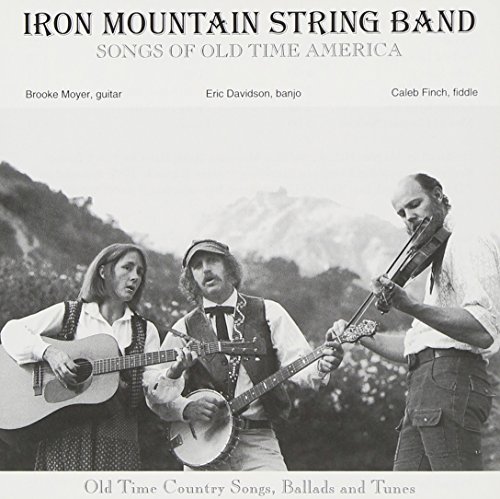 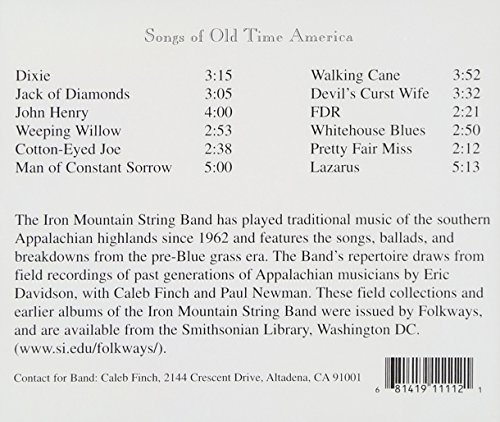 This CD was produced by Michael Hatcher and the Iron Mountain String Band for Peach Bottom Records. Recorded at Evergreen Recording Studios, Burbank, 1989. Reissued on CD by Quondim, 1998.

The selections on this CD include many of the types of music which make up the traditional repertoire of the Southern Appalachian Mountains before the days of the radio. Some of the songs refer to political historical events, such as “FDR”, which commemorates the ending of prohibition in a particularly humorous fashion, “Whitehouse Blues”, which commemorates the murder of President McKinley by an anarchist in 1901, “John Henry”, about a legendary Black railroad track layer, and “Dixie”, which was a popular marching tune used by both Northern and Southern troops in the Civil War. “Lazarus” is an old time hymn and “Pretty Fair Miss” and “Devil’s Curst Wife” are examples of the ancient songs and ballads that form the backbone of the southern mountain music tradition.

Old time music has a special power to evoke times bygone. As in the words of one of our favorite laments included in this CD “…for in this world I’m bound to wander…”

A Shadow in the Ember (Flesh and Fire Book 1)

The Song of the Lark Illustrated