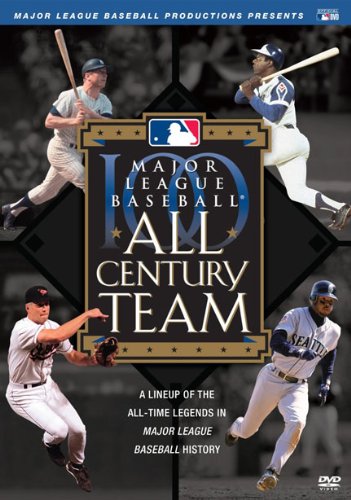 A blue ribbon panel of experts narrowed the candidates to 100 stellar players. This list was then presented for the final voting and determination of the 30 greatest players: the Major League Baseball All-Century Team.

Created by Major League Baseball Productions, this DVD presents these 30 legendary players who set the standard for baseball brilliance across every era of modern baseball. With rare archival footage, exclusive interviews, and compelling stories, the Major League Baseball All-Century Team program honors the greatness of these all-time heroes through the awe-filled words of teammates, opponents, and even their own recollections.