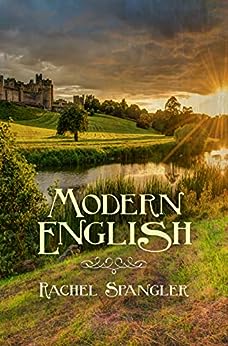 When dreams and expectations clash in a flurry of sparks, an actress and an aristocrat find themselves searching for common ground.

Lady Victoria Penchant has had enough scandal for one lifetime, and she’s sworn off drama for good. But when she makes an unexpected return to her family’s castle during high tourist season, drama is exactly what she finds—in the form of a Hollywood film crew and their sharp-tongued, stunning star, Sophia LeBlanc. Sparks of every kind fly from their first encounter, and the drama doubles as Vic’s every decision draws her closer to Sophia and further from the expectations of the prestigious position she has been raised to protect.

Sophia has worked and scraped and fought her way up from nothing to the brink of stardom. She’s spent her career taking direction from rich, pretty, privileged men, and she has no intention of letting some rich, pretty, privileged aristocrat stand in the way now that her wildest dreams are within reach. She vows to stay in control of every situation during filming, but the Lady of the Manor proves to be an unexpectedly stubborn and alluring challenge to the goals she’s fought so hard to achieve.

As the summer heats up, Vic and Sophia learn they have far more in common than their intense sexual attraction, but will that be enough to overcome the pressures of proud histories and find their way toward a new vision of forever?