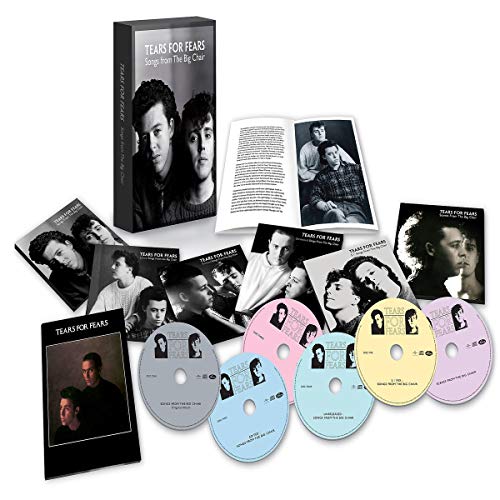 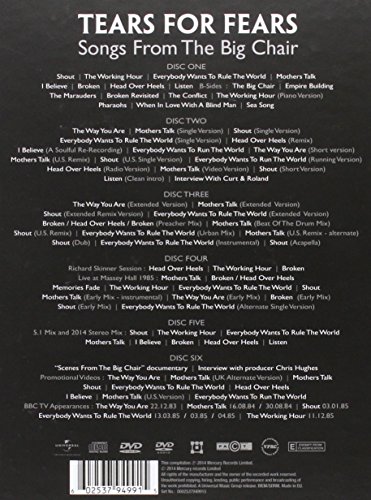 Tears for Fears’ biggest-selling album, Songs from the Big Chair is now available in its most spectacular format. This six disc edition of the album includes newly remastered versions of classics songs like ‘Everybody Wants To Rule the World,’ ‘Mother’s Talk,’ ‘Shout’ and ‘Head over Heels,’ plus a multitude of remixes and B-sides, plus a disc of nine previously unreleased tracks and a 5.1 surround sound version of the album mixed by renowned musician and audio engineer Steven Wilson. Tears for Fears’ phenomenal 10-million-selling second album marked a transition in the band’s sound and catapulted them into international prominence and this set is a must for fans of the band and music in general.