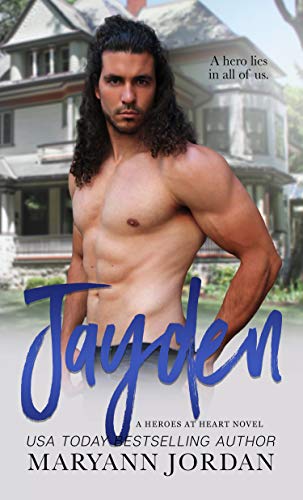 Jayden Chapman may have always been the quieter twin, but deep inside lay the heart of a protector.

When he came upon a young woman stranded on the side of the road, he recognized her as someone he had seen before…and not been able to help. Determined to not let history repeat itself, he befriended her, as well as took care of her car.

Ruby Mantle had worked hard for years, just to pay the bills and take care of her grandmother. The weight of the world was on her shoulders and she was wary of the large man who came to rescue her. But, soon, she learned that Jayden was determined to help her in any way that he could.

Allowing love to bloom as their friendship grew, life began looking up for them. But, then a problem from her past reared its ugly head, and Jayden stepped in to protect her once more.

A Heroes at Heart novel. These men, raised in the loving foster home by the benevolent Miss Ethel, discovered there lies a hero in all of us. Based loosely on the fairy tale, Little Red Riding Hood.

Scenes in the book are similar to what you would find in an R-rated movie. 18+ readers only.

The 1-Page Marketing Plan: Get New Customers, Make More Money, And Stand Out From The Crowd

Together We Will Go